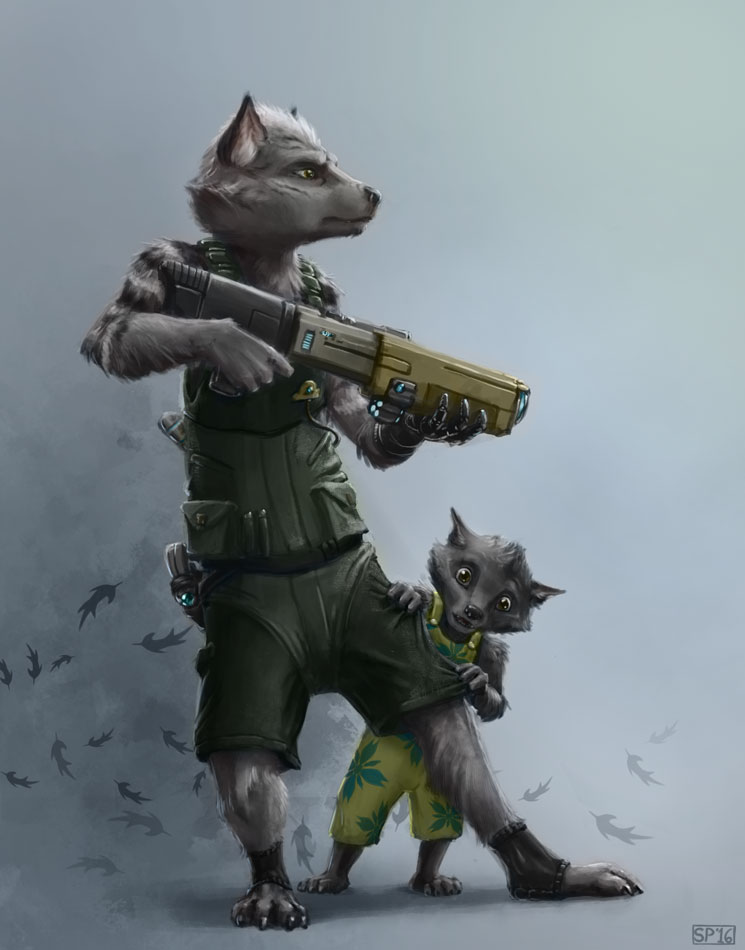 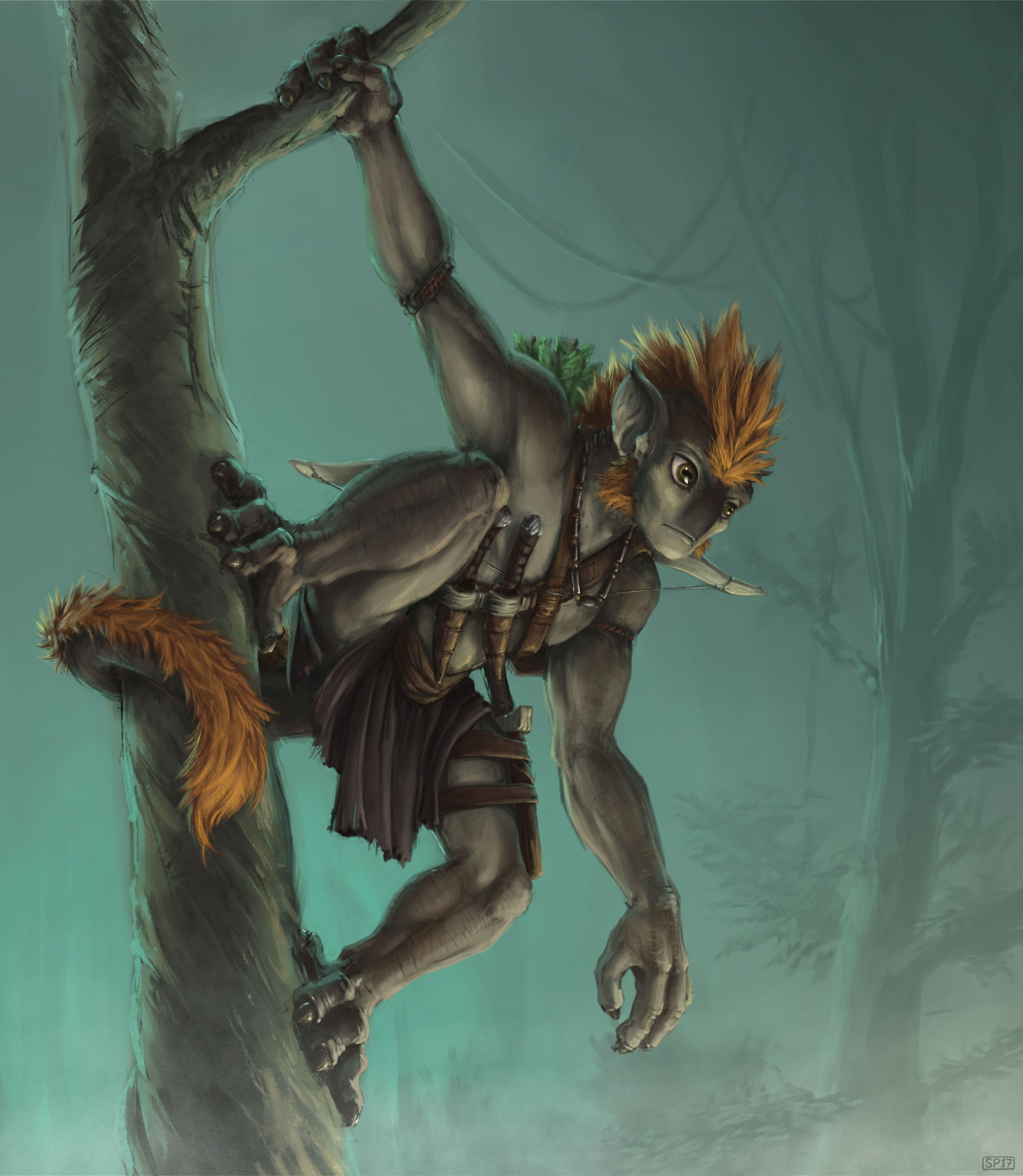 “I think he makes the most sense, Sir. He’s the Gaoian we know best and he’s already proven himself.” Adam wasn’t alone in his assessment, but it paid to remember the SOR operator’s personal attachment, and friendship, with Regaari. It was hard to think about him objectively.

“Aye, I don’t disagree. But we should be clear about what we’re hoping to achieve, lads. How does it benefit us to bring the Gaoians in on this?”

“Another set o’ eyes,” intoned Sikes. “They’d have a perspective we ain’t got.” A round of nodding followed this.

“Complimentary ability,” now from Vandenberg. “If Regaari is representative, and if the, uh, ‘monks’ we’ve got living down the street are any example, they’d be pretty useful I reckon.”

From Arés, “And climbing and fighting, too, with those wicked claws of theirs. They’re clever with their hands and they’ve got good vision and hearing. Oh, and a ridiculously good sense of smell. He described in vivid detail exactly how much we stank up the Caledonia.” A round of chuckles followed by a pause.

“But seriously, I think they’d probably be very useful. He knows stuff, y’know? Also, he did save our lives, and I saw him fight that Hunter alpha. He’s got game and that counts for a lot.”

“A fight that cost him his hand.”

“And kept him alive long enough to make all the difference,” maintained Adam, “Even when he had no hope of rescue. He didn’t need to resist. He coulda just ended it, right? But he didn’t. He didn’t give up.” Another round of head-nodding.

“Plus, he’s really light, he don’t need much food, he’s surprisingly strong for his mass and Earth gravity doesn’t bother him too much, he’s got protective fur so he’s gonna be resistant to stuff…I mean, look how well he did on Earth! Barely even any problem with allergies. Hell, with a penicillin regimen and some training, I bet he’d be fine!”

“That may be going a bit far, lad, but your point is taken. Regardless, this is something leadership wanted to do for political reasons anyway, but it is heartening to think there may be some actual benefit from this.” Powell stood up, and all the lads stood and snapped to attention.

“Expect staff assignments soon. But first a quick administrative note. Staff Sergeant Arés, you will be formally in charge of our physical training and nutrition program going forward. I don’t think anyone here would dispute your expertise as you’ve been effectively running the program for the last two years anyway. You’ll be working closely with Technical Sergeant Kovač since that overlaps a bit with suit biomechanics and, hell, everything else she’s up to these days. I’m sure you won’t mind…” There was the barest twinkle in his eye as he said this.

Adam, for his part, blushed deep red—impressive, given his nut-brown skin—but remained professional. “I look forward to working with her, sir.” Suppressed smirks all around the table.

“Try not to break us, lad.” A round of good natured groans and teasing followed, along with a happy grin from Adam. “Do us proud.”

“You may as well get going on your first assignment, then. You and Burgess will need to study Gaoian physiology and biomechanics and see what we need to do to adapt our training. We need those lads strong as reasonable if they’re to keep up. Vandenberg, I leave the remaining assignments to you. Remain here, you and I must discuss that. Everyone else? Dismissed.”

“Your proposal is…interesting, to be sure.” Grandfather Hyarrin was, to be blunt, not a fan of Regaari’s proposal to send their finest operatives into the company of the human SOR.

The SOR, who had single-handedly saved the Dominion leadership from the Swarm of Swarms. The SOR whose fearsome abilities had already become legend among the cubs and younger Brothers. The SOR who so infuriatingly insisted on dealing through Regaari and Regaari only. While Hyarrin held no personal animosity to Regaari—he respected him and his abilities, in fact—trouble seemed to follow him no matter what he did or where he went.

A human, he suspected, might suffer a “headache” at this situation. Another human turn of phrase sneaking its way into Gaoian culture.

“It is not merely my proposal, Grandfather. Stainless makes several excellent points, not the least of which is the mutual benefits we would enjoy. We would learn human tactics and techniques, things we could imprint on our newest cubs undergoing the Rites. The humans would in turn gain perspective they sorely lack. And both of us would learn much about serious potential threats.” He shrugged, “It’s been made clear there would likely be some intelligence sharing as well. That alone makes it worth our time.”

“Not every Gaoian is as highly enamored of these humans as you, Regaari. We would be risking…much.” All the males in the room perfectly understood the unspoken subtext; not least among the many things at risk would be the reproductive future of the Whitecrest Clan and their allies. Mother-Supreme Yulna was precariously positioned in her new office as she reconciled with the opposition Mothers and Sisters, and as a result Clan Whitecrest lacked the influence it had once enjoyed. Her approval or disapproval could make or break many things in the sensitive intricacies of Gaoian politics.

“We risk much no matter what we do, Grandfather. The humans are looking for partners they can trust. We, through luck and effort, are their first choice, and they are choosing to align our Clan with their very finest military capability. That is a great honor all in itself. Should we so casually disregard that?”

The Fathers present ducked their heads in agreement, almost imperceptibly. Grandfather noticed. Body language amongst the Gao was subtle compared to humans, but to anyone experienced in Gaoian politics, the Fathers’ general mood was easy to see. Grandfather Hyarrin noted the slight shifts in the room as the factions began aligning before he had even finished speaking.

Regaari for his part plainly radiated unease—hardly surprising, for subtle interpersonal deception wasn’t really his strong suit. Best to relieve him of his suffering.

“You do, of course, make an excellent point. Leave us, Regaari, and take rest in the adjoining chambers while we debate. You have done great service to us. Do not forget that.”

Regaari took his leave, clearly grateful not to be involved.